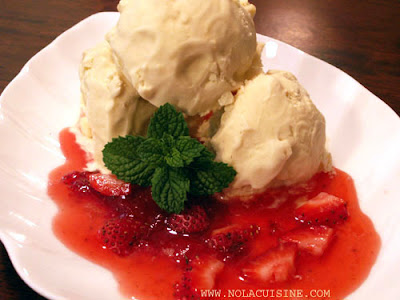 Creole Cream Cheese used to be widely available in New Orleans, over time however it became harder to find, and never outside of Louisiana. It’s a soft cheese eaten as a breakfast treat, sprinkled with sugar, covered with cream or half & half, and usually fresh fruit. This is what The Picayune’s Creole Cookbook

“>The Picayune’s Creole Cookbook of 1901 had to say about the subject: